SYTYCD = So You Think You Can Drink. SHEdrinksHEeats with Nigel and Ken

We were lucky enough to be invited to the 1st Winemaker’s Reserve dinner at Villa San-Juliette winery up in San Miguel the other night, by Parker Sanpei a local PR firm in town. We of course said yes immediately. First because we love their new winemaker Matt Ortman; who after beating out hundreds of other applicants, joined the team just this year, but also because we hadn’t had a chance to get up there yet and this was a perfect opportunity. If you read this blog regularly you may remember that I talked about this winery in the Uncorked at Forks and Corks post. Villa San-Juliette is proudly owned by two of Hollywood’s most prominent reality talent show partnerships, Nigel Lythgoe and Ken Warwick. You may recognize them better as the producers of Seasons 1-12 of American Idol, the stars of Corkscrewed, the Wrath of Grapes  (all about the trials and tribulations of buying the vineyard) and Nigel produces and stars in the hit dance show So You Think You Can Dance , #HEeats’ favorite show. Our hosts Nigel, Matt, and Ken

Situated on a 14,000 square- foot Tuscan style estate, Villa San-Juliette is simply a stunning property with a ton of potential. We were greeted at the door by Ken a very warm, friendly, and charming man. I have to admit by the end of the night I was totally taken with him. We were ushered in to the tasting room where he introduced us to his 2 kids, and offered us a choice between the 2012 Reserve Rosé of Syrah a crisp, pretty wine with bright fruits and hints of citrus tartness and the 2011 Albariño that is sourced from Edna Valley which I found to be on the drier side, offering notes of pit fruits, citrus and lychee with a balanced but noticeable acidity. These had been expertly paired by our Chef du jour Charles D. Paladin Wayne with passed Hors’D Oeuvres of veal liver pate with cornichon on a homemade cracker, crostinie of Windrose Farm organic beets tossed in white truffle oil and chives on Beverly Michaels Alcea Rosea Farm chevre, and Windrose Farm Graven Stein apples on brioche toast points. The idea for the evening’s menu was farm-to-table by using seasonal ingredients sourced within 50 miles, allowing for a lot of latitude in the selection while still keeping it relatively local. The Oak Tree and vines

Prior to the actual dinner we were given a tour of the winery by Matt. The dinner was being held in Barrel room 2, and he took us into Barrel room 1 where they had the large steel fermentation tanks and additional barrels. This is where he told us about his process and what to expect in the near future. After leaving the barrel room we stepped out onto the property and got a beautiful view of the vista and vines. Then it was back in for the main dinner.

The Albariño was used again to pair with the Plated Salad that was made up of mache (also called lamb’s lettuce) with candied garlic and shiitake bacon, heirloom tomatoes, Riconada Dairy feta cheese, and Banyuls 5 year Sherry vinaigrette. The first thing I noticed about this pairing was how nicely it picked up the natural pepper flavor in the mache and enhanced the sweetness of the tomatoes. A very complimentary pairing. They also served a selection of fresh-baked olive and French bread.

The 3 course meals were served Family Style which in theory seemed like a good idea but in practice was a little complicated with arms and platters passing across in the air, and either there not being enough once the plate got to you, or bits missing. However these issues were minor and remedied immediately with the servers running back to the kitchen and bringing out more. The first course was a Mixed Grill of fresh local sustainable seafood including Morro Bay Oysters grilled and served with shallot butter (Amaaaazing, so good!), fresh local line caught King Salmon grilled and lightly smoked with lemon, caper and dill Buerre Blanc, and fresh local White Sea Bass with roast corn relish with red wine Nantua Sauce all served with a side of saute of Barbara’s Garden Greens with sweet onions, garlic and chili pepper. This was all served with a 2010 Reserve Grenache from Paso Robles. Known for its heat tolerance Grenache is one of the most planted grape varietals in the world. This Grenache really helped bring out the taste of the freshness in the fish, and was punctuated with flavors of tobacco, herb spice and raspberry.

They served an Intermezzo palate cleanser of Rose Sorbet with lavender made by Leo Leo Gelato, sugared grapes and sugar dusted mint. It was really refreshing and delicious. I very much enjoyed it and by the time our second course arrived my palate was absolutely set to taste it. For Dessert Chef Charlie paired a selection of cheeses from Rinconada Dairy and Alcea Farms and his own crafted 72% Guanaja and Scharffenberger Cocoa Nib Truffles and a surprise chocolate birthday cake (it was Nigel’s son’s birthday) all paired with the 2010 Reserve Cabernet Franc and coffee. The Cab Franc was rich in color, full-bodied and tannic with cola, nutmeg, and leather with hints of dark chocolate and cedar on the finish. A great pairing for the cocoa dusted truffles and nice with the cake. Although the cake was really good with the coffee as well.

Villa San-Juliette has more than just beautiful grounds and celebrities owning it. It has a great path toward producing even better wines with Matt at the helm. I’m really looking forward to the estate vintages when the vines come of age but until then I’m sure what ever production Matt has up his sleeves and in those barrels will be just as wonderful as ever.

Wine makes a symphony of a good meal.
~ Fernande Garvin 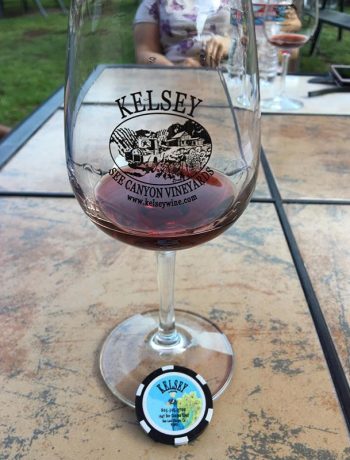 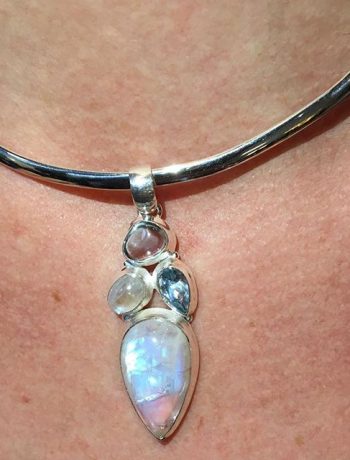 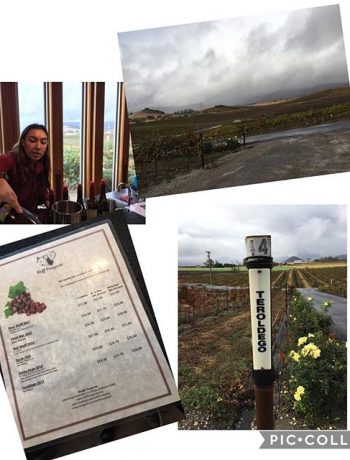