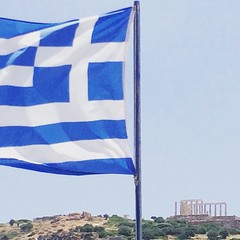 Being a wine ambassador for an amazing Greek winery (Domaine Porto Carras) and 2 regions of Greece, the Mount Melaton PDO and the Sithonian Peninsula PGI comes with more than a couple of incredible perks but the topper was the trip to Greece.
It started with a 22 hour multi leg flight from Los Angeles through JFK, on to Rome and finally landing in Athens. You would think after a flight like that all we’d want to do was get 22 hours worth of sleep; well you’re right about that, but the Greeks weren’t about to let that happen! We arrived and were welcomed with a wonderful home-made luncheon at our friend’s family’s house with traditional food like fresh feta and bread, tomato-cucumber-green pepper salad, pastitsio, and tzatziki in Kavouri Athens and took a 2 hour nap. Then we headed out to Nea Smyrni where we were staying, and starting at 10p.m. it was out until 2 a.m. in the town square where we had souvlaki and cocktails with friends and friends of friends. One of the things I noticed about Greece’s restaurants/cafes/tavernas in general is they are all indoor/outdoor and people rarely if ever sit inside. 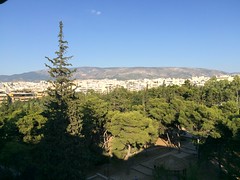 We spent the night in Athens were up by 8a.m. and out the door by 9 to go to Nemea, Peloponnese to visit wonderful Domaine Lantides winery. On the way we stopped at a bakery for some incredible traditional Greek pastries and a Nescafe frappe. Doug and I couldn’t stop giggling that even with their specialized Greek coffee (that is a not to be missed coffee drinking experience), how absolutely a part of Greek culture instant Nescafe frappes have become. I admit they are good but prefer the real deal coffee. 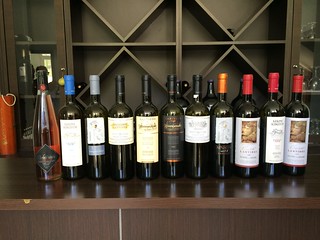 The wines of Domaine Lantides

Domaine Lantides Winery welcomed us with open arms by Andrew Lantides and given a tour of the winery and did some wine tasting (wine blog to follow) out in the vineyard.  After the business of the day was done, we went with the winemaker/owner of Lantides winery, Panos Lantides (who trained under Émile Peynaud), to an incredible little outdoorsy restaurant called Tabεpna (whatever that translates to) fed by a fresh water spring. Where he very generously treated us to an incredible supper of saganaki, Greek (French) fries, fresh bread, tomato-cucumber-green pepper salad, veal, pork, and Lantides wines. I was struck by how absolutely fresh and unprocessed the food there is in comparison to what we call food in the States. It’s really not even close. 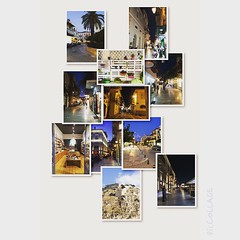 Then it was off to Nafplio also in Peloponnese, a resort town named for Náfplios, the son of god Poseidon and Anymone, that is over looked by the Palamidi Castle Fortress. The town was so cute and charming it reminded me of New Orleans Square and the little town in Pirates of the Caribbean at Disneyland. We stayed at the 3Sixty Hotel, a fabulous boutique property that at one time was home to an aristocratic family. They also had a great restaurant and bar where we primarily ate (and drank). There were plenty of other bars and cafes in town and we kept meaning to check them out but somehow we always ended up back at the 3sixty cafe for drinks or food. We had a frappe (I already admitted they were good) the manager, and after we checked into the property we walked around town. Everyone kept telling us it was impossible to get lost in Nafplio so we did some exploring of the town and shops then came back to the hotel cafe for dinner. 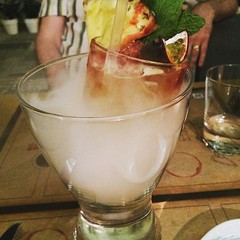 I’m not a big fish fan (part of why the name of the blog is not SheEats) but found that is a huge part of the Greek diet so for dinner we decided to have a Tart made with rosemary, gruyere, smoked pork and a salad with rocket (arugula) as an appetizer and SeaBream that was marinated with sweet and sour chili sauce, lime, ginger, and wrapped in a banana leaf then oven slow roasted and was filleted table side. I also had one of the most beautiful drinks I’d ever seen called a Skyfall 1 made with a passion fruit juice base and named for the James Bond film, which literally came out smoking. It was divine! 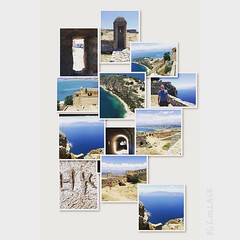 We had been told that when in Nafplio we absolutely had to go up to the Palamidi Castle because it was not to be missed. So the next day after breakfast at the 3sixty cafe which included the BEST pancakes I’ve ever had (I swear it!), we grabbed a taxi, since both of us have bad knees, and we took it all the way up to the top. The castle stands 708 feet above sea level and is known for it’s 999 steps that are carved into the rock face. The fortress is sprawling and the views are absolutely spectacular. Apparently at some point in history they knew I was coming because someone carved my initials in the stone of a canon portal! 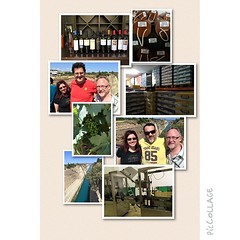 Our visit to Nemea

That evening we went back to Lantides winery and as we got settled in one of the rooms, we heard thunder on the horizon. Within about 10 minutes we had a spectacular thunder and lightening storm that lasted for about 5 minutes and was the most rainfall all at once, Doug and I had seen in a decade! We went down to meet up with Panos and went out to dinner to a seafood restaurant whose name roughly translated to Fish Boat in the next town over. After telling Panos we were light eaters he took the liberty of ordering a feast that was way more than we could possibly eat and included; some bread, deep fried cuttlefish (that was an interesting dish), 2 groupers a large and small one, Greek salad, a plate of fries and I’m sure something else that escapes me at the moment,. By the time we left we were stuffed and about had to be rolled out! He also brought some of his wine to pair with the dishes. His generosity was nearly overwhelming (this is actually something we noticed about all the wonderful Greek people we met). The next morning we came down and Panos was making us breakfast which he served us in the vineyard. Our stay at Lantides was amazing and if you ever have the privilege to stay there, you simply must.

Stay tuned for My Greek Odyssey Beta and our trip up to Porto Carras!

Wine can of their wits the wise beguile, Make the sage frolic, and the serious smile. ~Homer

Stin Yasis (To your health) 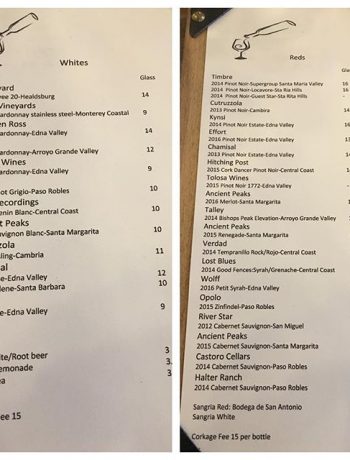 “Sister Kitchen, Oh the Time Has Come, And You Know That You’re the Only One”