Going down in Gluttonous Glory

Bruce and the Boss

Saturday started out just like most other Saturdays, sleeping in and hanging out in jammies for the better part of the morning. Then I reminded Doug that it was pick up party day for Hansen Vineyards and Winery up in Templeton. Bruce Hansen makes some of the best Cabs in the area and we love going up to see him, his long suffering girlfriend Sheila and their adorable dachshunds. If you are ever lucky enough to meet these two, you will know what I mean when I say “long suffering” and that I say it with all the love and humor in the world. One of these days I will find the time to write about our very first experience going to Hansen Vineyards about 4 years ago and meeting them.

We arrived at Hansen and walked down to the barrel room which was open for the party. Bruce was toward the far side of the room with his assistant Rachel pouring wine and entertaining the masses who’d all arrived for their quarterly wine shipment pick up. There was a guy barbecuing sausage and tri-tip on the back patio, that Bruce was pairing with some of his wines. Let me just say the 06 Barrel Select Cab paired with jalapeno sausage brought out a heat on my palette that took a few minutes to cool down! The wine tasted of juicy berries with a viscous mouth feel and evenly balanced tannins. That’s about all I got off that wine before I ate the sausage and had to use it to help quell the burn.

Next came an amazing, in-the-glass blending of the 07 Limited with the 07 Reserve Cabs. It’s always so fun when you get to do blendings with the winemaker like that. The blend created a velvety smoothness in the mouth, with moderate but soft tannins which all but disappeared when paired with a piece of cheddar cheese. I picked up currents, dark plums and mild chocolate on the palette that completely popped when paired with a chocolate brownie bite. It’s a great wine that transforms with different foods which makes for a great pairing experience.

The 05 Estate bottled Cab was jammy, with ripe raspberries on the nose, and bright with intensity and juicy red fruits (red cherries and raspberries) that had soft tannins that lingered on the tongue like a gentle tickle. Compare that to the 05 Graduate that was aged for 4 years in French oak barrels which can only be described by me as dark and sexy in the glass, Doug described it like silk sheets, and another taster said “Sex, Love and Rock and Roll.” The bouquet was a bit of alcohol mixed with dark fruit and hints of chocolate. It’s acidic but mellows with a piece of chocolate and leaves a long-lasting impression in the glottis.

By the time I got around to the 08 5 Barrel Cab and 08 Petite Sirah, I’d been “tasting” (and I use the word very loosely) since 1 o’clock.  It was now 3:56, and I began losing all sense of being able to pick out specific notes and bouquets.  I’d suddenly hit the “it’s good”/ “it’s bad” point in my ability to critique. So with regard to the 08 5 Barrel Cab  I can say it was pretty good but young and paired nicely with pesto on baguette. As for the 08 Petite Sirah it was tasty and good! 🙂

After we left Hansen Winery we decided to stop at a new, little wine bar in town (San Luis Obispo) called Luis owned by a lovely, and personable woman named Vanessa North. The wine bar is modern with light touches of Steam Punk, really cool brassy chandeliers, and the foot rests of the bar and the banquet  that runs along the right wall are pipes, the ceiling is all exposed wood and a couple vents. I ordered a glass of Haka by Labyrinth Freebird which had an almost mixed berry candy bouquet that reminded me of the song “Sex and Candy” by Marcy Playground, with such a sweetness that it belied the actual palette experience. It’s a bright, rich wine with a sultry texture that is comprised of 50% Merlot 40% Tempranillo 5% Petite Verdot 5% Cabernet Sauvignon. It’s described on

Labyrinth’s website as “Suave Bordeaux boy meets fiery passionate Rioja girl.” Which I can totally see, and it paired well with the locally made chicken pate served with fresh bread and cornichons. Totally YUM! But for a real treat ask for some crostini instead of all fresh bread. The crispy crunch of the crostini adds a really wonderful texture when paired with the rich, silky, smoothness of the pate. And make sure that you blend the layer of duck fat (that comes on top) into the pate for that extra special Oomph. Doug ordered the artichoke – rosemary – cannelini bean dip which was also fantastic, but I’ll let him talk about that!

Lastly we went to our favorite sushi bar, Raku for some Udon soup done Hillary style. I love Nabeyaki Udon a hot-pot soup that consists of tempura shrimp, noodles, fish cake, a mushroom, cracked egg (that poaches in the hot soup), usually some seaweed, snap

peas and sliced green onions. The reason it’s called Hillary style is 2 fold: 1) because they don’t ACTUALLY have Nabeyaki Udon at Raku. The Nabeyaki part is the iron pot it’s cooked and served in, which they don’t have so they have to make it and then pour it into a bowl and 2) I also add the additional missing ingredients to the standard Udon soup and tofu to it, and it doesn’t kill me if they “accidentally forget” to add the seaweed. With that we had the Nagasaki Lemon Drop made with lychee sake, Han soju, lemon/yuzu juice, simple syrup and a lemon slice…sooo good. It’s tart with some sweetness, but crisp and refreshing. And for dessert we had the chocolate raspberry martini

with raspberry sake, Han soju, creme de cocoa, and whipped cream with a fresh raspberry dropped in. All in all I must say Saturday was a GOOD day. 🙂

“A bottle of wine begs to be shared; I have never met a miserly wine lover.” Clifton Paul Fadiman 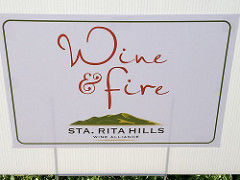