Farmers, Winemakers and Chocolatiers, Oh MY!!!

Every year the city of Pismo Beach has the Taste of Pismo, a food and wine event sponsored by the San Luis Obispo Wine Country Association. The kick off party this year was Farmfest, a meet and greet with our local Farmers, Winemakers, Chocolatiers, Chefs and more all overlooking the ocean at Dinosaur Caves Park. Getting a ticket included wine tasting and food samples prepared by the various producers and talented Chefs. I will warn you now, that though I got to see and taste some wonderful things I only made it about half way around the pavilion before they started shutting down. I knew many of the vendors and being me got caught up in some wonderful conversations with them, but that severely limited the time I got to taste things because the event was only 3 hours long and some vendors packed up early.

I arrived as a member of the @ShareSLO2013 street team and @SheDrinksHeeats blogger. I was welcomed by the lovely, smiling face of Angela from one of our favorite wineries Claiborne and Churchill which you may remember from my blog C&C Wine Factory…Everybody drink now! She gave me my little entry bracelet, I grabbed a glass, recyclable plate and utensils and walked into the tent to begin my festing! 🙂

My first stop was at the Saucelito Canyon tasting table, where I tried the 2011 Dos Mas Zinfandel blend . The wine is a blend of  Zinfandel, Grenache, and Petite Sirah and paired quite nicely with the chocolate truffle from the Truffle Garden also at the table. As I was making my way around I got to see and chat up one of my favorite local Farmers Jerry Rutiz from Rutiz Farm located in the center of Arroyo Grande and the best place to get locally and sustainably grown veggies.

Next I got to see my friend Clint the son of Jean-Pierre and Elke Wolff from Wolff Vineyards, I always enjoy getting to see Clint he’s a great guy and very informative about the wines and vineyard. My favorite wine from Wolff is their Teraldego which is an Italian-Tyrolean varietal and is usually used for blending. Unfortunately their production of it is really small so it’s mostly only available to the wine club members. At the event he was tasting their Chardonnay and Petite Syrah, since I had just had a red I decided to try the Chard.

After chatting with Clint I took my glass with the Chard over to the Splash Cafe table where the oyster shuckers were shucking Morro Bay oysters. Splash is most known for their famous clam chowder, and it’s reputation is well deserved. Often at the food and wine events around the coast they are sampling their clam chowder but at this event they were sampling the raw oysters with a garlic butter sauce so YUM!

I then tasted a Trenza Tinto a red blend of 50% Syrah, out of Edna Valley, 33% Tempranillo, from Arroyo Grande Valley , and 17% of a Paso Robles Grenache. Trenza is part of the Bailyana and Tangent family and are located in the historic  Independence Schoolhouse that was built in 1909.

I mosied over to the Autry Cellars table. Winemaker Steve Autry is a local musician and can often be found playing bass around town with local bands. Steve and I are compadres in that we both like good Brandy, and I was so excited when he told me he was recently granted a distillers license. Now not only is he making good wines but he has some Grappa and Brandy making its way for sale. I was so excited that he had some for tasting at the event. He first had me try the Grappa which was coming along quite nicely. It was smooth and very easy to drink and the heat from the alcohol was warming but not hot. After that he poured me some Brandy that had aged in Hungarian oak which was definitely bolder in it’s heat. It gave the throat a bit of a tickle and wasn’t quite as smooth as the Grappa but it was still quite nice. Lastly he poured the American oak aged Brandy which was, I’d have to say my favorite. Smooth with a nice velvety mouth feel and an easy heat the went all the way down. I’m really looking forward to getting over to Autry Cellars and experimenting further. Since I spent most of my time tasting Brandy I only tried one sample of wine, his Malbec and that was paired with a duck confit on crostini from the Apple Farm who was sharing the tasting table with him, a wonderful pairing for certain. I’m excited to say the Apple Farm (an adorable hotel in San Luis Obispo) and restaurant is really upping their game food wise and I can’t wait to get over there and try out some of their new goodies.

I tasted some cucumber infused sparkling water by EVO which I found to be a perfect palate cleanser and also the vodka cocktail she was serving. Then it was over to the Sinor LaVallee table to try the Pinot Gris that was raved about by our wonderful local food and wine critic Kathy Marcks Hardesty and the Pinot Noir. Both worth the reviews. I made my way past the row of local olive oils and tasted a few I spent some time tasting and talking to Chris at Tiber Canyon Ranch. I have a particular fondness for them because they have generously let me and my friends ride horses on the property. And boy is it gorgeous, if you ever get a chance to go to one of their events and explore the property you shouldn’t miss it.

I stopped by the Marisol table and chatted with Chef Gregg Wangard and General manager David Kline. If you read this blog you know we’ve written several blog posts about Marisol and all Gregg’s yummy concoctions.

Next it was off to the Phantom Rivers winery table. Gary and his lovely wife Diana were pouring some tastings and I chose to try their 2009 Grenache which won the Gold medal at the Central Coast Wine Competion and at the San Francisco Chronical Competition. It is produced in the Spanish style and is made up of 80% Grenache, and, was co-fermented with 20% Tempranillo. A very tasty combination indeed!

As I mentioned at the beginning of the blog I only made it half way around before everyone started packing up, so the last 2 tables I got to enjoy was Central Coast Brewing where I got to try one of their wonderful microbrews, the name of which escapes me, although truth be told I don’t think he told me he just handed me a glass full of beer. And who am I to say no? Lastly I went to the Avila Valley Barn table where I got to meet the twins Jake and Jessie whose family owns it. Jake is the farmer and Jessie is the baker. I joked with Jessie that I just KNEW he had old ladies chained to stoves in the bakery making pies all day. We love the pies from Avila Valley Barn and our very favorite is the freshly baked nectarine pie which is sadly seasonal (as it should be) so not always available. But they do often have frozen pies though they are very good, for us they never taste quite the same…we must not have that special magic. They have many other delicious fruit and berry pies they make and all the produce used is grown on the property, by Farmer Jake. Jessie dished out a sample of their apple crumb pie which was VERY good, and he gave me a whole cherry cobbler to take home. I was THRILLED! And it was delish, 🙂 Avila Valley Barn is not only known for its fresh produce but they have an ice cream shop, a grilled corn stand, and a petting zoo on the property. It’s a great place to take kids especially around October when they do hay rides into the pumpkin patch, so people can pick out and buy their Halloween pumpkins. 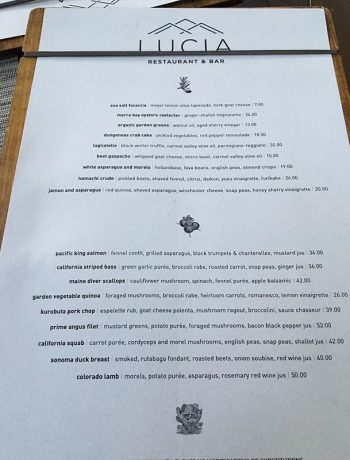 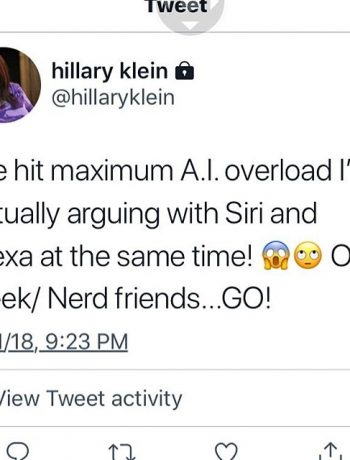 If you know us, need I say more? 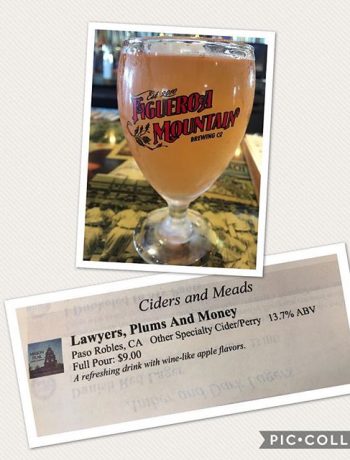 Had this great #cider the other day @figmtnbrewag it was #delicious