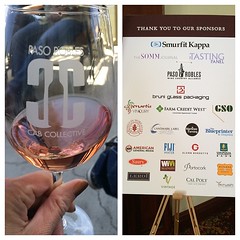 One of my favorite local industry events, the Cabs of Distinction just came around again, and once again I was lucky enough to attend. You may remember my blog from last year’s event Distinctively Cab. This year’s event was done both similarly and differently than last. This time the opening event was a warm, welcome reception and short presentation on the Paso Robles newly designated 11 Sub-AVAs and an En Primeur & Current Vintage Tasting of all 24 member wineries.

When Paso started, it was initially known for growing Zinfandel and Rhone varietals, but over the years the area has started focusing more heavily on the Bordeaux varietals because the soil and dumal temperatures create a perfect growing environment. In 2007, 50 vintners in Paso Robles got together and created a petition requesting they get AVA designations for the area. Their dream finally came to fruition in 2014 when it was announced that Paso’s 614,000 acres (32,000 of which are vineyard acres) would be designated with 11 different growing regions. 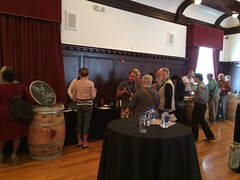 I was thrilled to find that even though they still have at least 12-18 months left in the barrel, the wines at the En Primeur were really coming along, in fact the Daou Vineyards 2014 Soul of the Lion is coming along so well that I confused it with the current vintage. Keep an eye out for this up and coming wine…Daniel said it’s his best one yet! The Current Vintages are tasting terrific too. I know Ancient Peaks wines and I’ve liked them in the past. For their quality, they’ve consistently been in-line with their price point, until this year. I was tasting a 2012 Cabernet Sauvignon and chatting with Mike Sinor, when someone asked me what I’d venture to price it at? I said, $30 retail. I was flat blown away to find out it was their standard “off the grocery store shelf” Cab and it was priced at a VERY reasonable $18 retail. It was great to catch up with some of my other favorite wine makers too, like David Parrish of Parrish Family Vineyards, who told me their newly planted vineyard in the Adelaida district  was thriving and they were just about to open their new tasting room. 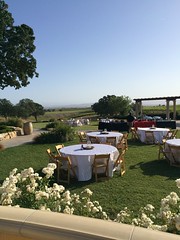 The gorgeous view from VSJ

After the afternoon event ended we were shuttled up to Villa San Juliette for a lovely “BBQ dinner” I say that in quotes because there really wasn’t a bbq, just wonderful food catered by Chef José Dahan served outside on the sprawling lawn. It was a lovely evening with the PRCC attendees and the winemaker hosts; there was great food and the open bottles of wines from the earlier tastings and from the VSJ tasting room. 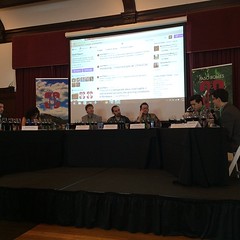 The following day was the main education day. They had two panel discussions; one was a blind Bordeaux wine tasting with 7 Sommeliers, and the second on the Paso Phenolics Phenomenon. The Sommelier blind tasting panel focused on Cabs and Bordeaux varietals. Our visiting Somms were Paul Coker (St. Regis -Mike and Mina’s Stonehill Tavern), Naureen Zaim (Smoke, oil and salt), Darius Allyn (Giada at the Cromwell Hotel), Mike Madrigale (Bar Boulud N.Y.), Jared Cooper (Faith and Flower), Terence Leavey (Spago Beverly Hills), and Augustus Miller (Charlie Palmer); the panel tasting was put on by Quaff Report and Somm Journal. The 6 wines were covered, and tasted, then discussed one by one. There was some disappointment in the audience, that we all couldn’t taste the wines with them, but after finding out that the 6 bottles of wine amounted to approximately $2000.00 it was understandable they didn’t want to purchase enough for a ballroom of about 50-60 people. The criteria were to determine where the wines were from, what type of wine (though we knew going in it was going to be Bordeaux varietals, the wine descriptors-taste, nose, extractions, characteristics, oak structure etc. It was very interesting listening to these very knowledgeable industry professionals discuss the merits of the wines and hearing their opinions and what they got out of each wine. One of the things I took note of, as a non (yet) Somm, was it’s nice to see that even with all their expertise, in some cases, they didn’t all agree on the components. In one case they were torn as to whether a Napa wine was a Paso wine, something that pleases this Paso wine lover tremendously 🙂 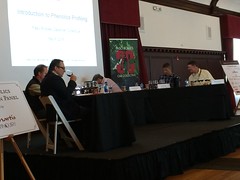 The discussion on Phenolics, though a bit difficult to follow because it was very technical, was interesting and the panel included: Kevin Sass (Halter Ranch), Scott McCleod (Wine Xray), Michael Mooney (Chateau Margene), Daniel Daou (Daou) and Kevin Willenborg (Vina Robles). Last year, I remember during the panel discussion Daniel talked about how important working with phenolics was to his process. While the other panel members acknowledged their value at the time; they didn’t seem to have the same enthusiasm for using them. 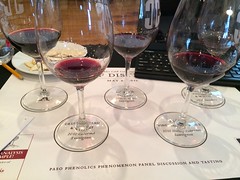 This year however it was clear that phenolics usage really was coming to the forefront of the industry and had hit a stride for its value to wine making. Its usage this time around was more prominent throughout the panel, and I thought to myself how forward thinking and ahead of the curve Daniel was last year. We did a wine tasting of different 2010 Cabs during this discussion to try to get a better understanding of exactly how the wines are changed, and how the use of phenolics can make a difference in the quality of wine produced. The wines for the tasting were supplied by Cass, Adelaida, J. Lohr, Vina Robles and a “Mystery wine”.  The reason for the mystery wine was because it’s an example of phenolics “gone bad” and was being used as a comparison against the other wines.

In the end my take aways were many fold. When it comes to phenolics, Paso is up there with the best of regions; it has a lot to do with tannins, grape tannins don’t dissipate the way barrel tannins do with age; and extraction so as to get the highest color. Finally phenolics allow the wine maker to maximize the color of the wines over time to make sure the color is stabilized and isn’t depleted after 5 years. It allows for a more consistent and stable product from viticulture and growing through purchase and cellaring. As far as judging tannins is concerned; according to David Parrish who put it all into perspective, phenolic testing helps by preventing the sugars from masking the tannins earlier in the wine making process so if the tannin structure is too high, they can adjust it quicker. Often by the time the sugars have lessened enough to get a solid judgment on how tannic the wine will be, it’s too late to do anything about it. 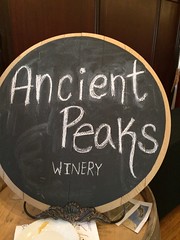 The day ended with a winemaker dinner at a local restaurant, hosted by Ancient Peaks Winery and Mike Sinor, who shared some of their lovely wines for us to enjoy with our meals. We started with their Sauvignon Blanc, had a bottle of their Renegade blend, and were treated to some Oyster Ridge Cuvee. I know I’m missing another one or two of the wines but I didn’t have an opportunity to see or taste every bottle on the table. Stay tuned for part 2, of the 3 day event in which I get to tour the Adelaida vineyards and attend a marvelous wine luncheon with Daniel and George Daou.

What I like to drink most is wine that belongs to others.~Diogenes 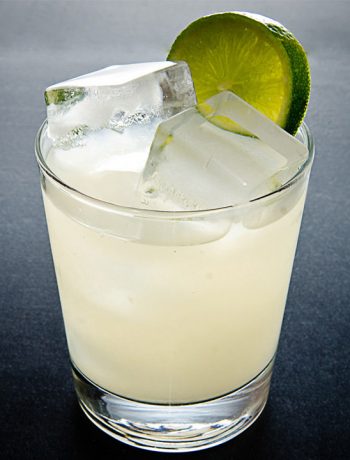 Why Is It So Hard To Get Good Seafood By The Sea?