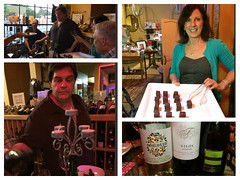 I had the good fortune of attending an awesome brownie and wine pairing evening at the Grape Emporium owned by David and Annie Wilson in Atascadero and Heavenly Squared Brownie Company. You may remember I’ve written about David before as he was my Greek Ambassador counterpart, and I’ve had the opportunity to be interviewed on his radio program on several occasions. The thing about doing a tasting event like this at the Grape Emporium, is that David is a brilliant mad scientist when it comes to blending various wines and creating something all together new, which is an unusual experience in any wine shop. 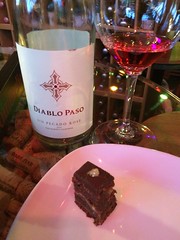 Heavenly Squared Brownie Co. founder and baker, Nicki Parker brought 6 different types of brownies from savory to sweet all to be paired by David blending an assortment of different wines from his shop. The evening started with Limoncello and goat cheese brownies, made with lemon-infused chocolate ganache and paired with a Diablo Paso rosé of Grenache with its hints of strawberry and rose petals. The pairing worked really well with the lemon in the brownie and strawberry notes in the wine playing very well off of each other. Diablo Paso specializes exclusively in Spanish varietals, and interestingly the wine had more than your average hints of rose because according to David, unlike in traditional wine making where the flavor notes come from the grape itself and develop as a natural result of the process, this particular wine actually had rose petals added during the wine making. 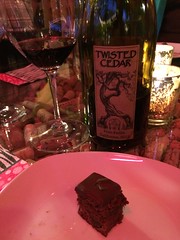 The next pairing was Robbins Family Olive Oil  rosemary brownies that offered a dense and fluid mouth feel and Twisted Cedar wines Petit Petite, a blend of Petit Verdot and Petite Sirah. This pairing brought out very unique notes of wood and played up the olive oil. I have are deep fondness for the Native American culture and really love the story behind Twisted Cedar as described on their website. “The Twisted Cedar name honors the Cedar Band, one of the 5 Bands of the Paiute Indian Tribe of Utah. An Elder of the Band blessed Mother Earth and the vineyard, that it would nourish and produce healthy vines, flavorful grapes, a bountiful harvest, and the finest of wines. The Twisted Cedar wines are a tribute to a proud people. We are honored to offer these wines for your enjoyment.” 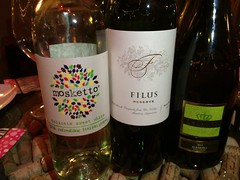 Once blended these 3 wines pair well with mint

This was followed by chocolate mint brownies and the first wine blending of the evening. David chose to blend a Bronco Wine Company Mosketto Frizzante from the Piedmont region of Italy, which has a slight effervescent fizz; a Bodega Filus Reserve Argentinian Malbec; and a Lazarre Wine Company’s Edna Valley Albarino. Once the three wines were blended together the result became an inspired pairing that stood up very well to and highlighted the mint in the brownie. I don’t know about you but I rarely find wines that pair with mint but this really worked, which was awesome. 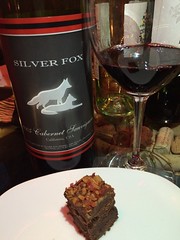 Then it was on to a 2005 Silver Fox Cabernet Sauvignon paired with bacon brownies. Ok let’s break this down, we’re talking chocolate, bacon and wine…what else could anyone want?!? There is absolutely nothing wrong in any of this and the pairing was great. The best part about it was that the bacon essence really gave “oomph” to the wine. Because of the age of the wine it was very mellow and soft but the brownie really kicked it up a notch. 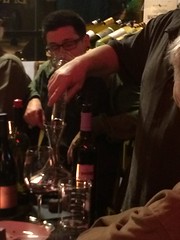 The master blender in action

Now if you like spicy then this next pairing would have been perfect for you. Unfortunately I can’t tell you anything about the wines nor about the blend because I wasn’t allowed to take notes on or a picture of the bottle labels since the blend was proprietary. The brownie however was a ghost chili pepper brownie that paired very well with the blend. In the practice of honing my palate, I’m very proud to say that out of everyone there who tasted the brownie, I was the only one who picked out the pinch of allspice used in making it. It was an extremely proud moment for me 🙂 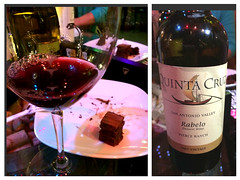 The final brownie was a classic chocolate, chocolate, chocolate brownie paired with a whiskey barrel aged port. The Quinta Cruz *2007 Rabelo port is (according to K&L Wine Merchants) “made from 50% Tinta Roriz, 34% Touriga Nacional and 16% Tinto Cão and the fermentation was halted (by incorporating) brandy made from Tinta Roriz”and paired extremely well with the brownie. As far as the name, Rabelo, a *”Rabelo is the boat that traditionally carried the barrels of new Port wine from the upper Douro Valley to the aging houses across the river from the town of Oporto.”

If you are interested in an unusual wine tasting experience, then you can’t go wrong by attending a blending evening event at The Grape Emporium. And if you want amazing brownies make sure you get some from Heavenly Squared.

“Accept what life offers you and try to drink from every cup. All wines should be tasted; some should only be sipped, but with others, drink the whole bottle.” ― Paulo Coelho, Brida 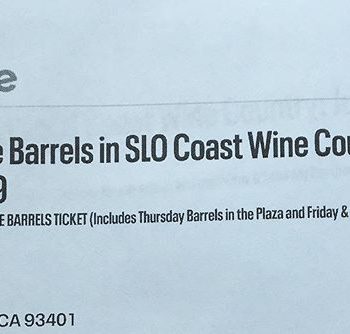 It’s that awesome time of year when the new vintages are literally rolled out!! #winecountry #winetasting #sommlife #goodtimes 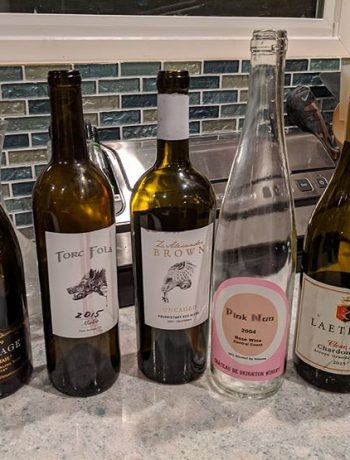 Certainly was an interesting and varied night of #drinkingwine 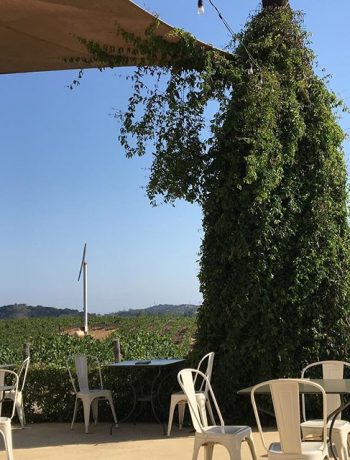